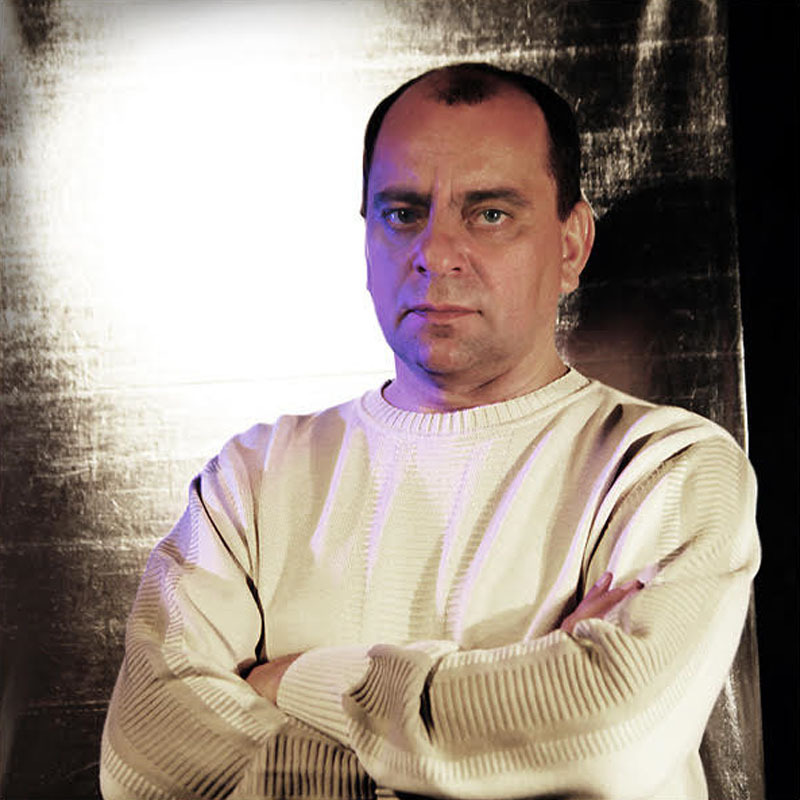 While Kozlovskiy’s work began to garner considerable interest in the Russian photography community, and the stirrings of international collaborations had begun, the artist’s life was tragically cut short by cancer. He passed away in 2014, a short four years after dedicating himself to his art: the flawlessly composed, charged portrait of the female nude, a testament to the enduring passion of the feminine body.
Kozlovskiy received his first camera at age 12, but it would be many years before he would dedicate his time to photography. In fact, the artist’s success came about only in the last three years of his life that marked the true expansion of his oeuvre. Rather, the artist began with engineering studies at The National Mineral Resources University in Saint-Petersburg, Russia. He worked in the field for some time as well as developing his own business producing refractory materials for the metallurgical industry.

As the business grew, he was able to spend time developing his photography practice and began expanding his wide range of nude portraits, and within a short three years, his impressive oeuvre gained him recognition in the Russian photography community. The artist created a symbiotic relationship online on various websites and as a rather modest person hardly promoted his artworks offline, wishing to facilitate critical and creative exchange, and make his work accessible.

For his part, Kozlovskiy’s undeniably sexy pictures transport their viewer to a dream-like space, a charged moment of pleasure, a un léger frisson, a contemporary version of the classic artist favorite, a woman at her bath, in front of a mirror, dressed, or perhaps waiting for her lover. While the scenes, poses, viewpoints, and treatments are quite diverse, the artist’s highly collectible work is distinguished by the way he was able to capture emotion, desire, the lines of the body, and the environs harmoniously, the lines of an interior mirroring the curves of a soft body, or the craggy theatrical incline reflecting the queenly voluptuous splendor of a model. The highly sought after, inimitable, and undiscovered richness of this artist’s unique vision of the nude female form is certain to become a favorite among not only those who collect erotica, as well as art aficionados who love classic nudes.

The world's best in provocative art

Straight to your inbox

Let us show you something you haven’t seen before. Welcome to Art Provocateur Gallery.

By clicking "Join Now" you acknowledge that you are 18+ years of age and agree to receive the Art Provocateur Gallery newsletter from which you can unsubscribe. You agree to APG's Terms of Use and Privacy Policy.